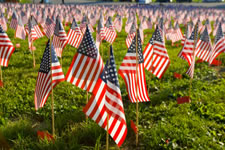 We hope you all have a fun 3-day weekend and enjoy the outdoors and various activities going on throughout the area.

Get a Free Motorcycle Insurance Quote